The Case for the Human Jesus in Luke 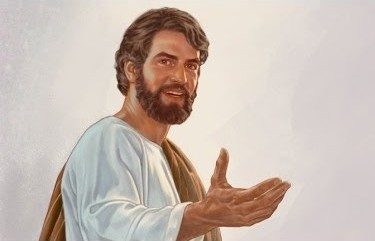 You will notice in these quotations how much Jehovah’s Witnesses’ Christology changed over the years and the absurdity of some of their claims. They often engage in eisegesis and inference including fallacies of vagueness to purport a doctrine that the Apostles and the writer of Hebrews would shy away from!

Hence it is said, “Let all the angels of God worship him;” [that must include Michael, the chief angel, hence Michael is not the Son of God] and the reason is, because He has “by inheritance obtained a more excellent Name than they.”

“…that Michael the Archangel is the pope of Rome.”

And when we consider this term prince, translated from the Hebrew word Săr (feminine, Sarah), we see that it is not always nor necessarily applied to the son of a king, to a prince of royal birth who is made a state official or governmental officer. It means the first, foremost or chief in any class, the head of any company or group. So in the Bible this Hebrew term Săr, sometimes translated prince, is even applied to Jesus himself, to the archangel Michael.

Paul foretold it in these words: “Because the Lord himself will descend from heaven with a commanding call, with an archangel’s voice and with God’s trumpet, and those who are dead in union with Christ will rise first.” Christ Jesus, who also bears the title “Michael the archangel,” after casting Satan and his angels out of heaven, turns his attention to these dead ones and, during the time of the great trumpet like announcement of the established Kingdom, raises them up. (Jude 9; Rev. 12:7, 10)

14 First on the occasion when the prophet Moses died on top of Mount Nebo. Then, when the Son of God “had a difference with the Devil and was disputing about Moses’ body, he did not dare to bring a judgment against him in abusive terms, but said: ‘May Jehovah rebuke you.’” The spirit Son of God, as the archangel Michael, kept control of Moses’ body and buried it for Jehovah God at a place in a valley in Moab that no man has discovered and no spirit medium is able to reveal. [(Jude 9, NW; Deut. 34:1-6) The other occasion is disclosed to us by the prophecy of Zechariah 3:1, 2 (AS).]

Since Jehovah God is a God of order, it is reasonable to conclude that his myriads of heavenly angels are organized, even as was his nation of Israel, the latter not only into twelve tribes but with chiefs over thousands, hundreds, fifties and tens. (Deut. 1:15) The Chief One over all the angels is Jesus Christ, the Word, the lone archangel, Michael. (Dan. 12:1; John 1:1; Jude 9; Rev. 12:7) He is also termed the angel or the messenger of the covenant at Malachi 3:1 and is the angel referred to at Revelation 20:1, 2 that binds Satan and his demons and casts them into the abyss of death for a thousand years. [This is where Dave Barron extracted his interpretation of Malachi 3.]

First in position is Michael the archangel, whom the Scriptures show is none other than the Word, or Chief Spokesman for God, who became the man Jesus Christ. (Dan. 12:1; John 1:1; Rev. 12:7) Then there are seraphs, whom the prophet Isaiah saw attending Jehovah in a vision of His temple. (Isa. 6:2, 6) Also described in the Scriptures are the cherubs, representations of whom were placed on the ark of the covenant housed in the Most Holy compartment of the wilderness tabernacle and later in the temple built by Solomon. (Ex. 25:18-22; 1 Ki. 8:6, 7; Ps. 99:1) And, finally, there is the great body of angelic messengers.

Jude next contrasts the attitude of these disrespectful dreamers with the mental attitude of Jesus Christ, in his pre-human existence as Michael. “But when Michael the archangel had a difference with the Devil and was disputing about Moses’ body, he did not dare to bring a judgment against him in abusive terms, but said: ‘May Jehovah rebuke you.’

As the archangel of God, his name in heaven is Michael, which means “Who Is like God?” This points him out as the vindicator of God’s name, the one to remove the reproach that has been brought by this great false religious empire upon God and upon true worship and those practicing true worship. “The earth was lighted up from his glory.” (Rev. 18:1)

2 The prophecy of Daniel, quoted above, tells us that this “time of distress” gets started when the archangel Michael stands up for the salvation of his people. And Revelation chapter 12, verses 7 to 9, describes this same Michael standing up, the enthroned King, Jesus Christ, hurling the archenemy, Satan, down from heaven to the vicinity of the earth. Thus Satan takes on the role of Gog, the enraged prince of demons, who storms forth from the limited spirit realm still left to him, the land of Magog, for a final assault upon the realm of true worship that God’s people now occupy on earth.

Nonetheless, Jesus after his resurrection is still called Michael the archangel. (Jude 9; Rev. 12:7) And it appears that the exalted Jesus is referred to as an angel in Revelation 20:1 for, as God’s king, he is the logical one to bind Satan and the demons. So evidently, the term “angel” as designating an office may be used in a general sense to refer to all heavenly spirit creatures.

In the only other scripture besides Jude 9 where reference is made to an archangel it is definitely speaking about the resurrected Lord Jesus Christ. (1 Thess. 4:16) So after a period of waiting Michael or the Lord Jesus Christ stands up, Daniel explaining that this expression “stand up” means to take up power and begin reigning as king. (Dan. 8:22, 23; 11:2, 3, 7, 20, 21; compare Hebrews 1:13; 10:12, 13.) In 1914, Jesus Christ was glorified in heaven at God’s right hand, and as the “Son of man” he was brought to the throne of the Ancient of Days and was given dominion, glory and a kingdom.