Focus on the Kingdom magazine online!

Can the Same Single Line Begin at Two Different Points? 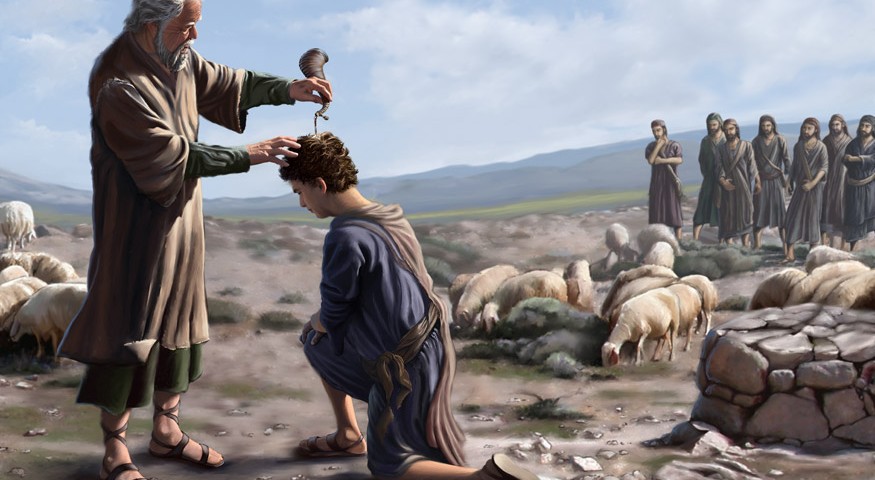 We routinely speak of Jesus as the Messiah. What exactly are we saying when we use this title to describe him? The term Messiah is derived from the Hebrew root word mashiach. The verb is used when an object, an altar for example, was consecrated for a sacred purpose. The noun mashiach is used to describe a person consecrated for service to God.

According to Dr. James Smith, the term mashiach occurs 39 times in the Hebrew Bible (more commonly referred to by Christians as the Old Testament). In the Septuagint (the Greek translation of the OT Scriptures, the LXX) the Hebrew word mashiach is translated into the Greek word christos. From this of course we get our English word Christ. The terms Mashiach and Christ are, as we know, synonymous. They mean an “anointed one.”

The Hebrews believed that when God anointed a person, that person received a measure of the Holy Spirit. He became a vehicle of the activity of God in a special way. Prophets, priests and kings were anointed for the sacred offices they held. Thus the OT Scriptures speak of many “christs” or “anointed ones.”

We are accustomed to thinking of Jesus alone being the Christ. It is instructive to remember that many who preceded him were “christs” without being the (ultimate) Christ. The term mashiach appears as a designation of various persons in the Old Testament:

These usages of the term mashiach demonstrate that persons so designated as anointed ones were individual human beings set apart for service to God. The term is used to identify a specially commissioned servant of God. There is no hint that “messiahs” were to be Deity! They were agents of the One God.

It is certainly true that Jesus is a far greater mashiach than others bearing this title before him. In the Christ the offices of prophet, priest and king are combined into one great office. Jesus was anointed by God above all his predecessors (Heb. 1:9). He is the great Israelite prophet referred to by Moses and like Moses (Deut. 18:15, 18; John 6:14). He is the Apostle and High Priest of our confession (Heb. 3:1). He is the Davidic king whom God has raised up to restore and reign over the Kingdom of God (Luke 1:32-35; John 1:49; Acts 1:6; Luke 19:11-12). He is the Son of the living God (Matt. 16:16). He is the Anointed One, the Messiah, whom God promised and provided for our salvation (Acts 4:12). Jesus the Christ is also the virginally conceived and begotten, unique, sinless and now resurrected, immortal Son of God (see Matt. 1:20 — begotten, and Luke 1:35).

To say however that Jesus is God Himself destroys his office as Messiah, the anointed one of God. There is only One God in the Bible and that One God is the Father of the anointed one, His Son.

Try reading the word “messiah” in all of the passages we have listed and see how illuminating that can be. And note how beautifully the description of him in Luke 2:11 fits: He is “the Lord Messiah.” He is also “the Messiah of the Lord” (Luke 2:26). And Elizabeth appropriately recognized Mary as “the mother of my Lord” (Luke 1:43), that is the Lord Messiah.

In the Bible there are two principal “lords.” There is the One Lord God, the Father of the Messiah, and the one Lord (Jesus) Messiah who is the human Lord Christ (Luke 2:11). You will find Paul teaching this basic creed in I Corinthians 8:4-6.

It is popular for churchgoers to argue that if the Father is the One God and the One Lord of the creed, then Jesus must also be God because he is called “one Lord” in I Corinthians 8:6. The fallacy in that argument is this: Jesus is not “lord” in the same sense as his Father. Psalm 110:1 provides the very distinction we need between two different lords. One is Yahweh, the Lord God, and the other is “my lord,” the Messiah. This second lord is called in Hebrew adoni (pronounced adonee).

That form of the word lord — adoni — never ever refers to God. It designates in all 195 occurrences one who is not God, but a human (occasionally angelic) superior.