Losing Luke and Jumping to John 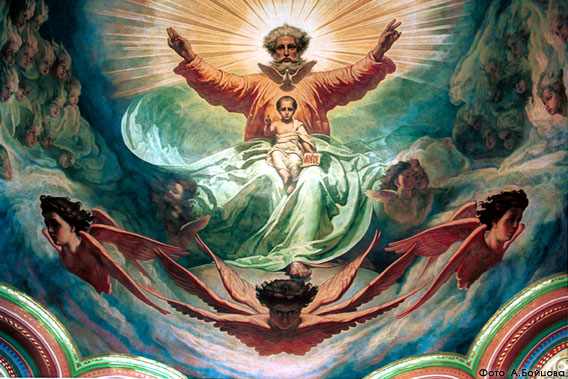 After he had thought about it, an angel of the Lord appeared to him in a dream. “Joseph, son of David,” he said, “don’t be afraid to take Mary as your wife, because what has been conceived in her is from the Holy Spirit.” Matthew 1.20, International Standard Version

Most translations don’t help here since the action of the mother is to “conceive” as opposed to the father who “begets.” Simply put, the Virgin Birth is about the “coming into existence” [Luke 1.30-35] of the Son of God via his procreation through God’s spirit, not his conception as such.

Some translations do capture this meaning:

“For that which is begotten in her is of [the] Holy Spirit.” Darby Bible Translation [cp. Young’s Literal Translation; Aramaic Bible in Plain English; Lewis Translation of the NT Peshitta; The Rotherham Bible.]

Some Evangelical commentators rightly note the difference, even though they still hold to the birth of “the God-man” Jesus:

“The word ‘conceived’ is a proper, normal, ordinary description of conception within a woman. The word ‘begotten’ is a particular expression used to describe the conception that had taken place in Mary’s womb. Within Mary something was not merely conceived but was begotten…In English the past participle of beget is begotten, and the past participle of bear is born. Furthermore, in English we can differentiate the words beget and bear, using beget to refer to the make and bear for the female. The male generates the conception, and the female completes the conception by her delivery of the child. Then we have the birth. [Mat 1.20] speaks of ‘what which is begotten in her.’” The Conclusion of the New Testament, Witness Lee, pp 2460-61

And even though “a conception by the operation of the Holy Spirit is nowhere else attested (not even for the miraculous births of ‘sterile women’ in the OT); we must remember that any sexual reference is out of the question (as in Luke 1.35). This is totally unlike what occurs in Gentile myths, in which gods have sexual relations with maidens.” The Gospel of Matthew, Rudolf Schnackenburg, p 19.