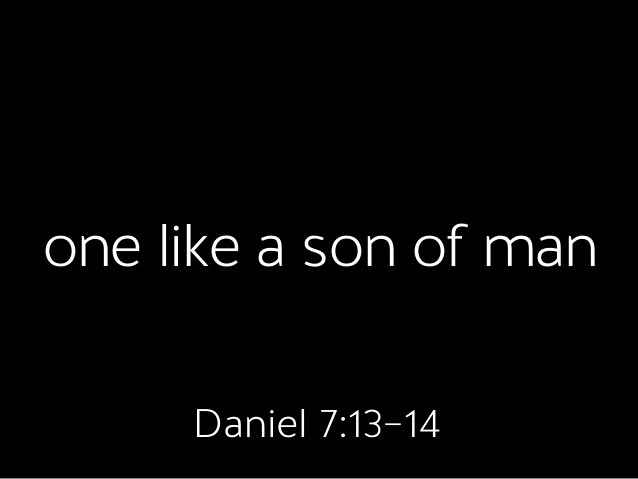 The phrase simply means a human being, man. Many scholars trace its origin to the ancient Jewish Apocalyptic writings before and during the 2nd Temple period. For example, in the book of Enoch the figure appears as part of a vision given by an angel to the seer and in Daniel 7 it is the human being presented to the Ancient of Days, i.e., God.

Most scholars and Biblicists also agree that the title never refers to an angel, let alone God Himself. If anything, the opposite is stated through these writings:

“And there I saw one who had a ‘Head of Days’ and his head was white like wool [God]. And with him there was another whose face had the appearance of a man and his face was full of grace like one of the Holy angels…I asked the angel who accompanied me about that Son of Man, who he was, whence he came…The angel answered: This is not an ordinary man, but the man who has righteousness…The Lord of Spirits [God] has chosen him…” Enoch 46

“Do not bind the counsels of the Lord our God: for God is not as man, that he may be threatened; neither is He as the son of man, that he should be wavering.” (Judith 8:16 LXA)