Was Jesus Born in Winter? 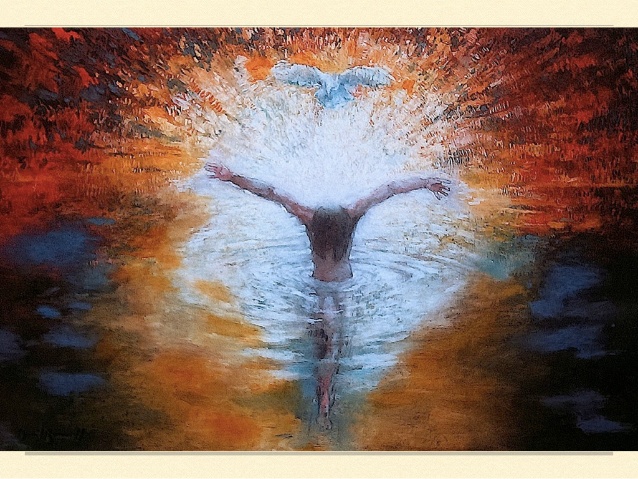 John 14. 15f. “the Father will give you another [paraklete]…I will not leave you as orphans, I will come to you…But the [paracletre] whom the Father will send in my name…”

1 John 2: “…if anyone sins, we have an [paraklete] with the Father, Jesus Christ the righteous.”

Heb 10.29 “trampled the Son of God…insulted the spirit of grace”

2Cor 3: “…only in Christ is it taken away…whenever anyone turns to the Lord, the veil is taken away. Now the Lord is the Spirit…”

Dunn, The Theology of Paul the Apostle, pp 260-265: “…the role of “making alive” in biblical usage is almost exclusively that of God or of his Spirit.[1] Accordingly, Paul could hardly expect the well-informed reader to think anything other than the life-giving power of God himself…The thought is more of the last Adam as the progenitor of a new kind of humanity—resurrected humankind. It is the uniqueness of the risen Christ’s role as “life-giver” which is in view.

…did Paul intend his readers to think [of the “life-giving Spirit”] of the Holy Spirit? That indeed would be the reading which the term itself (zoopoiun pneuma) invited. For the Spirit of God is the obvious manifestation of the life-giving power of God. And although zoopoieo as such is not used of the Spirit in Jewish scriptures, an association between “(God’s) Spirit” and “life” was bound up with the word itself, since Hebrew ruach, like Greek pneuma, denotes also “breath”, the breath of life. The association goes back to Gen 2.7 itself…But it is clearer in other passages: notably Job 33.4; Ps 104.29-30…and the wonderful vision in Ezekiel 37, where the prophet prophesies to the ruach to breath upon the slain (representing Israel) “that they may live” (37.9-10). Not least we should note that in Rom 8.11; 2Cor 3.6 Paul himself speaks of the life-giving (zoopoieo) function of the Spirit and in Rom 8.2 speaks of the Spirit as “the Spirit of life”.[2]

The implication, then, is that Paul intended to represent the risen Christ as in some sense taking over the role of or even somehow becoming identified with the life-giving Spirit of God. The idea is hardly far-fetched. There are other ways of speaking of God’s active presence and self-manifestation, like glory and wisdom, which Paul elsewhere identifies with Christ. And we have already observed the impact of the resurrection in bringing about radical revision in earliest Christian understanding of how God interacted with his world. But the Spirit was one of the most prominent ways of envisaging that interaction. So it is hardly surprising that Paul’s bringing of these self-manifestations of God into focus in Christ should include an identification of the Spirit also with Christ.

At the same time, 1Cor 15.45 is unique in the Pauline writings…Consequently, we should treat it with similar reserve.[3]

…The point presumably is that Paul saw all of God’s purpose for humankind, and the means to effecting it, as focused in the resurrection of the crucified and given its definition by the resurrection of the crucified. As the Adam of God’s purpose is the risen Christ, so he also focuses the life-giving power of the Spirit, by which that purpose is to be extended to embrace those represented by the last Adam…so far as giving life is concerned, Christ is not conceived of as working separately from the Spirit. On the contrary, Christ is experienced in and through, even as the life-giving Spirit, just as the Spirit experienced other than as the Spirit of Christ is for Paul not the Spirit of God. Alternatively expressed, using a different image, man and woman in marriage become one flesh, so believer and Lord in the union of commitment are one Spirit (1Cor 6.17). The Spirit is the medium of Christ’s union with his own.[4]

One possible and interesting corollary is nevertheless worth highlighting…For this line of reflection begins to suggest that early Christian experience may have played a significant part in the development of a Trinitarian conception of God. For it was by the Spirit that believers cried “Abba! Father!” (Rom 8.15). And by the same Spirit that they confessed “Jesus is Lord” (1Cor 12.3)…the believers in Paul’s churches experienced worship as a double relationship—to God as Father and to Jesus as Lord—and attributed this experience to the Spirit.

Add to this Paul’s somewhat puzzling talk of the risen Lord’s relationship to God (closely correlated, but distinct) and Paul’s similarly puzzling conception of the risen Christ’s relationship with the Spirit (closely identified, but not completely), and we can see something at least of the dynamic in conceptuality and worship (or, we might say, conceptuality in worship), which in the event found its most lasting expression in a Trinitarian understanding of God.”

Dunn, Christology in the Making: “[Jesus] saw his role as unique: his was the role of eschatological prophet (Isa 61.1), of the coming one, the anointed one of prophetic hope (Mat 11.3-6/Luke 7.20-23); only through his Spirit-empowered ministry was the eschatological rule of God realized (Mat 12.28/Luke 11.20; ‘something greater than Jonah’—Mat 12.41/Luke 11.32)…his concept of the Spirit of God seems to have been wholly in line with that we have found to be the consistent Jewish understanding—‘Spirit of God’ as a way of explaining an experience of inspiration and effective power as coming directly from God himself. Hence the inconsequential nature of the disagreement between Matthew and Luke as to whether Jesus spoke of ‘Spirit of God’ or ‘finger of God’ (Mat 12.28/Luke 11.20): it comes to the same thing anyway…Hence too the equivalence between the phrases ‘the Spirit of the Lord is upon me’ and ‘the Lord has anointed me’ (Isa 61.1)…Jesus seems to have understood the relation between himself and the Spirit in terms primarily of inspiration and empowering, that is, as the power of God himself fillin him and coming to manifestation through him.

If the earthly Jesus was man of the Spirit, what of the risen Christ? …he who on earth was a man inspired by the Spirit by his resurrection became the one who dispenses the Spirit [Acts 2.33]…So too in the Fourth Gospel the glorified Jesus is presented as the one from whom the Spirit will come, the one who will send the Paraclete, the one who bestows the Spirit (John 7.39; 15.36; 19.30; 20.22; cf. 4.10, 14). Here we might also note the Baptists’ prediction of one to come who would baptize in Spirit and fire (Mat 3.11/Luke 3.16; Mar 1.8; John 1.33): all the Evangelists are agreed that this prediction was not fulfilled by Jesus before his death, and Luke and John are quite explicit that its fulfillment marked the beginning of Jesus’ ministry as the glorified and exalted one (Luke 24.49; Acts 1.5, 8; 2.33; 11.16; John 7.39; 20.22). This should not be taken to indicate that in Luke and John’s view the exalted Christ has completely taken over the role of God as the one who gives the Spirit: for in Acts 1.5; 11.16 the promise of the Spirit is put in the ‘divine passive’ (‘you will be baptized with the Holy Spirit’) and in 15.8 the gift of the Spirit is explicitly attributed to God—indeed even in 2.33 the exalted Jesus is simply the intermediary in the bestowal of the Spirit (‘having received from the Father the promise of the Holy Spirit, he has poured out this…’); and John is equally happy to say that it is the Father who will send the Spirit (John 14.17, 26; even 15.26 where Jesus says, ‘I will send the Paraclete to you from the Father’). Nevertheless their testimony is clear: by virtue of his resurrection and exaltation Jesus the man of the Spirit became Lord of the Spirit; the one whose ministry was uniquely empowered by the (eschatological) Spirit became by his resurrection the one who bestowed the Spirit on others; or more precisely, by his resurrection he began to share in God’s prerogative as the giver of the Spirit.

[2] Consequently I find it difficult to imagine that any reader of this text, well informed in the biblical tradition and in Paul’s usage elsewhere, would read pneuma zoopoiun as other than a reference to or at least an allusion to the Spirit of God (pace Fee, “Christology” 32 of Christ” from 1). Fee’s argument would logically lead to distinguishing “the Spirit of God”.

[3] I do not regard 2Cor 3.17 as equivalent: see my “2 Corinthians 3.17”—‘The Lord is the Spirit.’” JTS 21 (1970) 309-20…Exod 34.34 speaks of the veil being removed. Paul therefore rewords the verse so that it becomes a prefigurement of conversion [2Cor 3.16]. The modification does not change the essential sense, but the allusion is obvious…What is of immediate interest, however, is the explanatory addition in 3.17: “and ‘the Lord’ is the Spirit.” Almost certainly “the Lord” is not Christ here, but, “the Lord” of the text just adapted. In other words, Paul was thinking here of conversion as conversion to the Spirit.

[4] However much the phrasing is determined by the Gen 2.24 template (“one flesh”, “one spirit”), Paul seems to be saying more than simply “that the Spirit has forged a ‘uniting’ relationship between the believer and the Lord” (Fee, “Christology” 322). I do not see a problem with my formulation; given also that Paul can speak both of the Spirit indwelling the believer and of the believer “in the Spirit”.