Jesus as God. The New Testament Use of Theos in Reference to Jesus 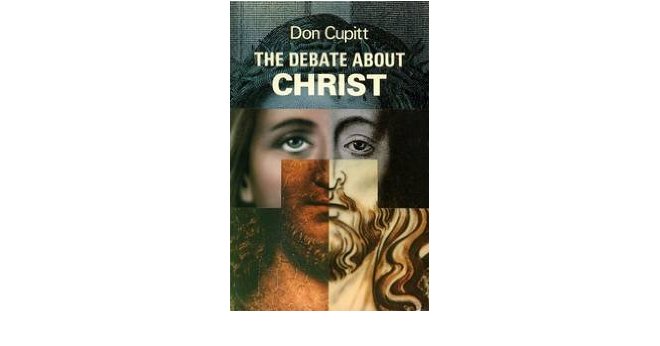 At the time when the NT was written the popular colloquial language of much of the Mediterranean world was a dialect form of Greek. The New Testament is written in this dialect, with a strong Jewish accent containing echoes of the Hebrew Bible and in some places of Jesus; own language, Palestinian Aramaic. The social setting of the NT is the fringe of Diaspora Judaism, and early Christianity was an unorthodox Jewish sect….

All the writings of the NT take for granted a background in Jewish faith, and the scriptures appealed to are the Jewish Scriptures, either the Hebrew Bible or the Greek translation of it which includes the Apocrypha and is called the Septuagint.

It can sometimes happen on earth that monarchy is shared. At times there were two and even three emperors within the one Roman Empire, each responsible for a different region.  Again, it once happened in England that two persons, William and Mary, were jointly sovereign. But Jewish faith in God rules out any arrangement of this kind.. It was held that God, the God of Israel was absolutely sole and his Power cannot be divided or coequally shared. The New Testament writers never question this principle and nowhere think of themselves as possibly infringing it. They never distinguish coequal persons within the One God: the idea was unthinkable. It was also unthinkable to say that Jesus was identical with the One God.  So it is very difficult to see how they could even have entertained the ideas of the Divinity [Deity] of Christ and the Trinity. The drastic modification of the doctrine of God and the formulation of new concepts (divine Person, divine nature, etc.) which would eventually be undertaken had not yet even begun.

So when a NT writer speaks of “God the Father and the Lord Jesus Christ, how is he to be understood? He does not mean something like William and Mary, jointly sovereign. Nor does he mean something like the Eastern Roman Emperor and the Western Roman Emperor, co-rulers of an empire divided for administrative and defense purposes. What he means is something much more like “the King and the King’s Ambassador, God and the one who reveals, speaks for and represents God.

To prove the point we have to read some NT writings with that model in mind, and we find that in general that it fits. In the OT religion there was a great variety of different kinds of men of God:  prophets who spoke for God, priests who regulated society’s relation to God, wise men who were spiritual masters and ethical teachers and kings who ruled Israel under God. If we could imagine one comprehensive figure who united all these functions and was plenipotentiary in all God’s dealings with men, that would be the figure that the NT writers take Christ to be. Such a figure is not himself God, except in the very restricted sense that an ambassador is royal and may in certain formal contexts be treated as if he were the King.

This model suggests how it was possible for h early Christians to use extremely exalted language about Christ without feeling that they might possibly be infringing monotheism. If we use the model as a guiding thread in the discussion that follows then the extremely complex NT language about Christ may begin to make sense; but of course we must be critical and not dogmatic, which means that we do not impose and model on the evidence, but use it as a hypothesis and look out for any points at which it breaks down. To be truly scientific about religious though we must always look for the difficulties.

However, even this will not quite do as a translation because it could suggest that there is a class of beings, of whom the Father is one and the Word is another; whereas for all Jews, including the early Christians, there is only one God. To avoid this difficulty the line ought to be retranslated, “the Word was with God the Father and the Word was the Father’s own Word,” to stress that the Word is not an independent divine being, but is only God’s own self-expression.

If all this is correct then even John’s language about Jesus still falls within the scope of the King-Ambasssador model, though the model is here coming under some strain.

For a very long time Christians have told a certain story about the religious life of late ancient Judaism between the fifth century BC and the rise of Christianity. It runs like this:

After the Jews returned from exile the voice of prophecy died away and religion was increasingly dominated by the Book, the Torah. God seemed more and more remote. People sought to please God by obeying the Law. If they thought they were succeeding they became self-righteous and arrogant, but if they thought they were failing they fell a prey to tormenting anxiety. So they oscillated between pride and despair [ me: cp the diff. Between Pietism and Lutherism], because they lacked personal communion with God and immediate experience of God’s grace. And that (it was implied) is the condition of Judaism as a religion to this day. Because God was remote various intermediary beings were postulated in order to link God to the world [Satan was always happy to help out!], angels, the Torah itself imagined as a heavenly being, the Wisdom of God, the Presence of Glory (Shekinah) of God and so on. In additions there were various conceptions of the perfect Man—the heavenly Adam, the Son of Man and so on. All these conceptions were all to find their proper fulfillment in the Christian doctrine of Christ, for he is the perfect Man, the true heavenly intermediary and the one in whom man’s ideal relation to God is at last realized (Thus Christianity solves the religious problem of Judaism and fulfills and supersedes it).