From Logos to Trinity

Jesus’ use of the Divine Passive means he is not God! 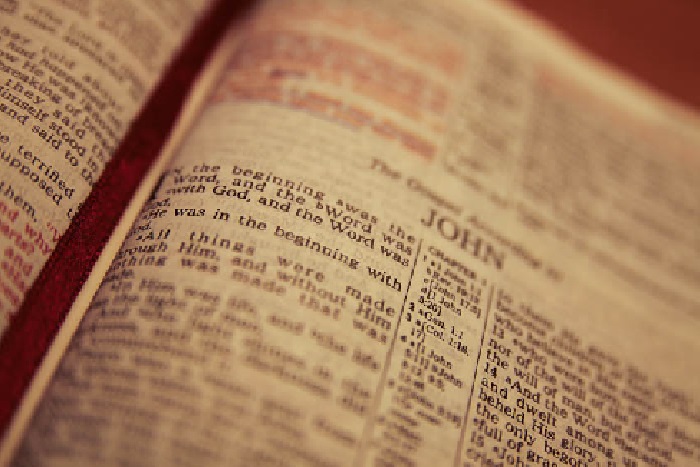 Most translations inappropriately introduce the male pronoun ‘he’ into John 1.1-2 where ‘he’ replaces ‘this one'[1]. This prompts the reader into the mistake of thinking “the word” is a distinct person from its subject/source, God. Although Greek has grammatical gender [meaning nouns are masculine or feminine], this does not mean the reader should assign personhood, let alone sexual gender, to them. For example, just because “word” [logos] in Greek can be accompanied by masculine pronouns, it does not mean it is a person, let alone make or female! To render it this way would be grammatical suicide!

The New International Dictionary of NT Theology notes that the phrase “in the beginning”[2] in relation to “the word”, refers to the “eternal pre-existence of the Word whose true sphere was not time but eternity”[3]. This should alert the reader to the simple fact that the writer has the person of God in view, since God is said to be the only One who is inherently immortal[4]. This is in line with Jesus’ reference to God as “the living Father”[5] Who “has granted/given that same life-giving power to His Son”[6].

Furthermore, the word translated “with” [pros] in the phrase: “the word was with God” in John 1.1b “does not imply any movement or action on the part of the Logos”[7], as if it were talking about one person next to [“with”, para(8)] another, God. Hence the translation that best captures the meaning and intent of John 1.1c: “what God was the word was”; i.e. it was God’s word!

Apart from these grammatical points, the simple fact remains that in English “word” is an “it”, and not a “he”. The 8 English translations from the Greek [not from the Latin Vulgate], before the 1611 KJV, all have “it” instead of “he”.[9]

It was the Roman Catholic Douay/Rheims version, translated from the Latin by Gregory Martin in 1582, which first rendered John 1:3, ‘all things were made by him,’ rather than ‘by it’ (the ‘word’).

J.D.G. Dunn in his Christology in the Making notes:

“…it is only with verse 14 [‘the word became flesh’] that we can begin to speak of the personal Logos. The poem uses rather impersonal language (became flesh), but no Christian would fail to recognize here a reference to Jesus—the word became not flesh in general but Jesus Christ. Prior to verse 14 we are in the same realm as pre-Christian talk of Wisdom and Logos…dealing with personifications rather than persons, personified actions of God rather than an individual divine being as such.
“The point is obscured by the fact that we have to translate the masculine Logos as ‘he’ throughout the poem. But if we translated Logos as ‘God’s utterance’ instead, it would become clearer that the poem did not necessarily intend the Logos of vv. 1-13 to be thought of as a personal divine being. In other words, the revolutionary significance of v. 14 may well be that it marks…the transition from impersonal personification to actual person.”[10]