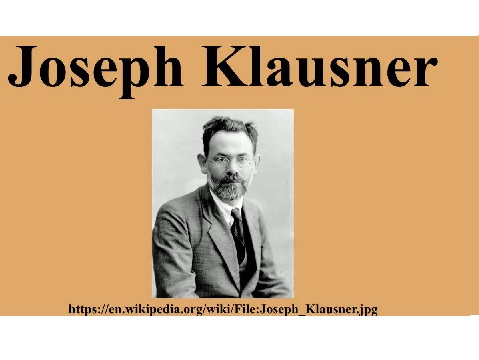 “That Jesus never regarded himself as God is most obvious from his reply when hailed as ‘Good master’ (Mark 10:18; Luke 18:19). When the disciples would know the exact time of the coming of the kingdom of heaven (Matt. 24:36) Jesus is thus not omniscient: he and the Father are not equal in knowledge. When we remember that (in the garden), he begs the Father to let the cup pass from him; and that, during the crucifixion, he cries out: ‘My God, my God, why hast Thou forsaken me!’ – it is perfectly manifest that in no sense did he look upon himself as God. Like every Pharisaic Jew, he believed in the absolute unity of God, and he turned to God in time of trouble.

“Jesus did not differ from the rest of his people; and, furthermore, we have reason to believe that Jesus expected the kingdom to be restored to the Jews in the political sense. (Acts 1:6). The verse does not raise any doubt but that Jesus would restore the kingdom to Israel: it was only a question of ‘when.’ Jesus was, therefore, truly Jewish in everything pertaining to the belief in a worldly and even a political Messiah; the only difference was that, as against the believers in a political Messiah, he supposed that only with the help of God, without the help of armed force, he should restore the kingdom of Israel to the Jews when once they should repent.

“[Mark 12:26-27] The Talmud is full of this type of scriptural support, and we find one Tanna, with almost the same ‘exposition,’ proving that the resurrection of the dead is taught in the Law (Ex. 6:4); it says not, ‘to you’ but ‘to them’; therefore we must deduce the resurrection of the dead from the Law (Sanh. 90b.) i.e. Abraham, Isaac and Jacob shall come to life again and to them shall be given the land of Canaan and the world to come.

“How far, even to the last, Jesus remained a true Pharisaic Jew is to be seen from [Mark 12:29]. The scribe supports Jesus [12:32-34]. Jesus is thus still a Pharisee, and he finds himself in agreement with a scribe.

“That the Pharisees admitted the principle that the Messiah need not be the son of David only (though ‘son of David’ has come to be the regular title of the Messiah in the Talmud) is obvious from the fact that Bar Kokhba was accepted as Messiah by Rabbi Akiba, in spite of the fact that it is nowhere claimed that for Bar Kokhba that he was of the house of David. What, however, arouses surprise is that, while Mark quotes the exposition as proof that Jesus need not be of the house of David, Matthew and Luke also quote it (Luke 20:41-44)…