Karl Rahner and His Christology 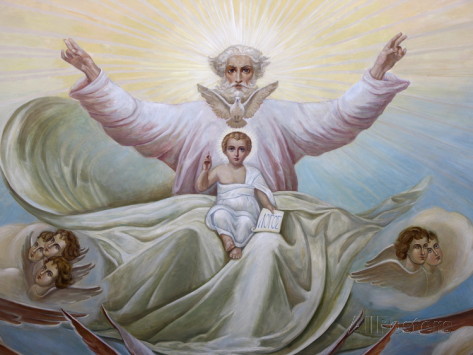 “The ancients made a wrong use of this passage to prove that Christ is (homoousios) of the same essence with the Father. For Christ does not argue about the unity of substance, but about the agreement which he has with the Father, so that whatever is done by Christ will be confirmed by the power of his Father.”

“One translates the Greek neuter hen. This verse was much quoted in the Arian controversy by the orthodox in support of the doctrine that Christ was of one substance with the Father. The expression seems however mainly to imply that the Father and the Son are united in will and purpose. Jesus prays in [John 17:11] that His followers may all be one (hen), i.e. united in purpose, as He and His Father are united.”

“We note that vss. 28 and 29 make the same statement about Jesus and about the Father: no one can snatch the sheep from either’s hand. This leads us to an understanding of the unity that is expressed in 30: it is a unity of power and operation…in itself this description remains primarily functional.”

“Jesus claims to have the same ability as the Father. In that sense, the Father and Jesus are “one.” Yet, in this context, the statement is not a metaphysical one. It is a statement of functional unity and in spite of its aptness for later Trinitarian debate; I would argue that its original meaning is not substantially different from that of 5:17-18.”

“The setting of v 30 in relation to v 28-29shows that a functional unity of the Son and the Father in their care for the sheep is in mind. From earliest times it has been observed that Jesus says, “I and the Father are en, not eis, i.e., one in action, not in person.”

“Here we have a particular application of the statements in John 5:19-23. So responsive is the Son to the Father that he is one in mind, one in purpose, one in action with him.”

“Nonetheless, the claim of the Son to carry out divine prerogatives is the key issue, and thus it is the idea that the Son and the Father are one in action that is in focus in the controversy described in the passage.”

Marianne Meye Thompson, ‘Gospel of John’, Dictionary of Jesus and the Gospels, p 378:

“This intimate reciprocal relationship is marked by unity in function and purpose: they are one (10:30).”

“It is critical that the contemporary interpreter read v. 30 in the context of Johannine theology and not through the lens of the christological controversies of the second through fourth centuries or of the trinitarian doctrine that developed out of these controversies. The Greek word “one” is neuter, not masculine, so that Jesus is not saying that he and God are one person, or even of one nature or essence. Rather, he is saying that he and God are united in the work that they do. It is impossible to distinguish Jesus’ work from God’s work, because Jesus shares fully in God’s work.”