Are There Any Trinitarians to be found in the NT? Part 3 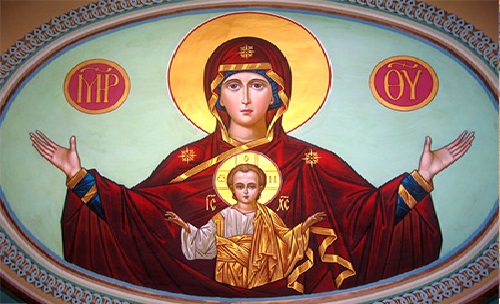 The Gospels continuously refer to Jesus as God’s monogenes huios, “only-begotten[1] son,” i.e., “the Son of God.” The whole of the 1st century apostolic faith can indeed be summed up by that confession: John 20.31; cp. Mat 16.16.

The Greek is typically rendered as “begotten,” a now rarely used, antiquated word that simply means to procreate. This is because the root, gennao, means “to cause something to come into existence, primarily through procreation.”[2]  So it makes sense for Matthew [1.18] and Luke [1.35]  to similarly describe the virgin birth as a miraculous “origin,” “coming into existence” of God’s Son.

This all-important early Jewish-Christian understanding/confession of faith quickly devolved when the Son became “God the Son,” whose original procreation could not possibly have been in time, in the womb of a young virgin Jewish girl.

“There is one only physician, of flesh and of spirit, begotten and unbegotten…Son of Mary and Son of God, first passible and then impassible…”

Tertullian, On the Flesh:

“God therefore sent down into the virgin’s womb His Word…”

Against Praxeas 2:  “The one only God has also a Son, His Word [who] we believe to have been sent by the Father into the Virgin….both Man and God, the Son of Man and the Son of God…”

Malchion Epistle against Paul of Samosata 6, 171:

God “was in the womb, united essentially with the human…his substance being wedded with the man.”

“the Holy Spirit, descending from heaven, chose the holy Virgin that He might enter into her womb.”

Unknown, A Poem on the Passion of the Lord:

“It was on account of you and your life that I entered the Virgin’s womb, was made man, and suffered a dreadful death.”

“That very greatness of His power….took to itself a rational soul and thereby also a human body.”

“The Divine Virgin Mother….received the living God, the Word, into her virginal and fragrant bridal chamber.”

“When the holy Virgin offered her womb, the Word rushed in through her sense of hearing…the Most High emptied himself, taking the form of a slave and finally, the Virgin’s womb carried the mystery of the divine economy. O womb wider than the heavens! O womb, who were the bridal chamber of the clay and the potter!”

“God in His mercy stooped and came down [and] dwelt in the womb.”

“How did the womb of Mary sustain Him? Who’s able to speak about the hidden Son Who came down and put on a body in the womb?”

John Chrysostom, Homily on “Father, if it be possible…”

“This God who surpasses all understanding [lowered Himself] to become man and to take flesh….noiselessly and gently entered into the Virgin’s womb.”

“Thus, should we set about convincing men by reasonings, how God became man, and entered into the Virgin’s womb…”

“the Word became flesh….the most-high Infant, conserving intact the womb of his temple.”

Romanosthe Melodist, On the Person of Christ:

I “came down from heaven, like the manna, not onto Mount Sinai, but into your womb. For within it, as David prophesied, I was curdled like cheese.”

“As soon as the Word came into the womb, immediately…was made flesh. And the Only-begotten Son of God, through the womb of the Virgin, was born a perfect man”

“Taking flesh of the Holy Virgin, and having made it his own from the womb, he subjected himself to birth for us….but although he assumed flesh and blood, he remained what he was, God in essence and in truth.”

Pope Pelagius I Letter to King Childbert I:

“The Son of God in these last days descended from heaven [and] mercifully entered the womb of the same holy Virgin Mary….as it is written, ‘wisdom built herself a house’.”

Aelfric, Abbot of Eynsham, Homilies, The Annunciation of St. Mary:

She said to the angel “Let it be as you say, that the Son of the Almighty God enter my womb and receive human substance from me…” And she believed the angel’s announcement, and so with faith received God into her womb.

“There are also some who maintain that he also produced Christ as his own proper son….This Christ passed through Mary just as water flows through a tube.” Irenaeus, Ag. Her. 1.7.

“And these heretics [the Sethians] affirm that the Son, [the perfect Logos] underwent a transformation, and in the shape of a serpent entered into a womb…” Refutation of All Heresies, Hippolytus, 10.7.

[1] This translation assumes genes comes from the verb gennao, meaning beget, born, generate. Where genes comes from genos, and genos means kind, or type it’s rendered as “one of a kind” or “unique”. When genes is added to monos to strengthen the idea as it relates to a person or object, it’s rendered as “one and only.” Thus the translation “one of a kind” or “unique”.