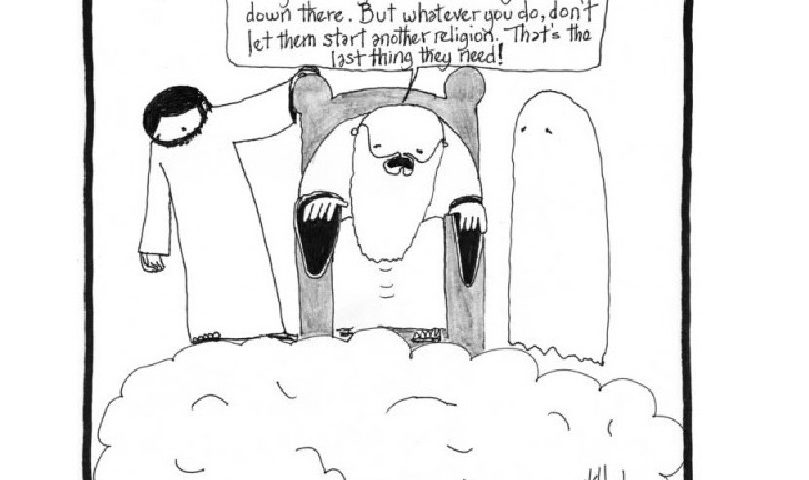 DID THE NEW COVENANT USHER IN TRINITARIANISM?

The Messiah’s death on the cross was a watershed marking the end of the letter of the Old Covenant Mosaic law and the inauguration of the much superior New Covenant law of Christ (2 Cor 3:6ff). This change of the law (Heb 7:12) was a significant turning point for Christianity. Certain prescriptions of Moses were revoked (Col 2:14) and others were tightened and raised to a spiritual plane (Matt 5:21ff). However, the basic Unitarian creed embedded in the first commandment of the Mosaic law (Deut 6:4) was not altered. It was carried forward into the New Covenant law of Christ in its original form as still binding upon all believers. No new Trinitarian creed was introduced. This will startle some reading this and the proof will quite rightly be demanded.

An initial observation to be made is that the New Covenant law bears the title of the founder of the Christian faith. It is called the law of Christ (Gal 6:2  1 Cor 9:21). It would be most incongruous for a law thus called to impose a Trinitarian confession which the Messiah himself had never subscribed to during his ministry. Has Christianity in the form deemed to be ecclesiastically correct done well to annul the Unitarian creed of the Messiah (Mark 12:29cf Deut 6:4) whose teaching it purports to follow? Is it a good idea to discard the creed of the author and finisher of the Christian faith? Jesus was not a Trinitarian so why should anyone wishing to follow him be diverted onto that errant trail by the Church in the name of orthodoxy? These questions may not prove the point being made here but they are well worth posing before proceeding to the evidence.

In answer to Jesus’ question “But who do you say that I am?” the apostle Peter made the following Old Covenant Christian creedal statement: “You are the Christ, the Son of the living God.” (Matt16:16).

Now compare this with the Apostle John’s written creed summarizing the major point being made throughout his inspired gospel:

“…but these have been written so that you may believe that Jesus is the Christ, the Son of God; and that believing you may have life in His name.” (John 20:31).

It is hardly necessary to point out that John wrote this  after the death and resurrection of Jesus. This is therefore a New Covenant creed. It agrees with Peter’s Unitarian creed uttered during the Old Covenant era.  So John could not possibly have been writing a Trinitarian apologetics book because this unchanged creed is the general thesis underlying the entirety of his gospel.

These two corroborating apostolic confessions straddle the changeover from the Old to the New Covenant. The ongoing validity of  Peter’s Unitarian creed is thus confirmed. It is today’s Christian creed. It is not a Trinitarian creed.  It is a creed which was heartily endorsed by Jesus the Unitarian. When Peter confessed it before Jesus, he replied, “Blessed are you, Simon Barjona, because flesh and blood did not reveal this to you, but My Father who is in heaven.” (Matt 16:17).

Were those Christians converted after the switch from Old to New Covenant taking on board a new Trinitarian confession of faith? From two simple case studies – of Paul, a convert from Judaism, and of the Ethiopian eunuch, a Gentile believer – it can be demonstrated that no such development took place.

The apostle Paul had repudiated his orthodox Jewish faith to turn to Christ (Phil 3:4ff). However, the Christian faith in which he rejoiced did not require him to abandon the strict monotheism of his Pharisaic Judaism. When summoned before Felix, the Roman governor, Paul deemed it entirely appropriate as a Christian to identify himself as a worshipper of “the God of our fathers” (Acts 24:14), the God of Abraham, Isaac and Jacob. The transformation from Jew to Christian had not separated Paul from the orthodox Jewish understanding of God. The God of his forefathers was none other than the God of his Christian brothers. This is entirely in keeping with the fact that Jesus had made no alteration to the first and greatest Mosaic commandment. He had preserved  and adopted  as the fundamental creed of Christianity the simple Jewish confession that “the Lord our God is one Lord.” (Mark 12:28ff cf Deut 6:4)

Paul later confirmed in writing what he had confessed orally before Felix: “Or is God the God of Jews only? Is He not the God of Gentiles also? Yes, of Gentiles also.” (Rom 3:29). Thus, in the context of a rigorous doctrinal  dissertation, Paul was making exactly the same point once again. Paul was not a Trinitarian.

An early Gentile convert to Christianity was the Ethiopian eunuch. Two significant facts emerge from the scriptural account of his conversion. Firstly, his confession of faith was exactly the same as that of anyone who had come to Christ under the Old Covenant arrangement: “I believe that Jesus Christ is the Son of God.” (Acts 8:37). Secondly,Philip, an Old Covenant convert who came to faith through Jesus’ ministry, was instrumental in the Ethiopian eunuch’s conversion and was also the one who baptized him. Would Philip have been baptizing  anybody into a faith other than his own, the one he had learned from Jesus?

All the Christian statements of faith recorded in the gospels and Acts are in agreement. Together they reveal that all NT believers in Messiah were of one confessional mind, whether Jew or Gentile, whether converted under the Old or New Covenant. They were all as strictly monotheistic and Unitarian as any orthodox Jew, notably the Messiah himself, “the Lion that is from the tribe of Judah, the Root of David.” (Rev 5:5).

Traditional church orthodoxy overlooks the first century Christian confessional statements recorded in the gospels and Acts. It jumps over them and passes directly to later post-Biblical creeds, which as such cannot be guaranteed to have divine approval. The complex doctrines of those later creeds are a denial of the simple NT confessional picture. The NT presents a seamless creedal transition from Old to New Covenant in which Jesus retains the basic unitary monotheistic creed of his Jewish heritage, making it Christianity’s first and greatest commandment (Mark 12:29 cf Deut 6:4). The Old Covenant Mosaic creed “Hear, O Israel! The Lord our God is one Lord” is a Christian creed. All that is required in the way of a confessional declaration to supplement this basic creed is the additional information that Jesus is the Messiah, the Son of God. The confessional statements of Nathanael, Martha, Peter, John, Paul and the Ethiopian eunuch are all there to make that very point. Orthodox Christianity unwisely ignores their simple testimony when it reaches for its official creeds.

The presence of John and Paul in that procession of NT unitary monotheist Christians is most significant. They are the writers most relied upon by Trinitarians to prop up their Christological beliefs. But it would make no sense for Paul to summarise his position in unitary monotheistic terms (Rom 3:29 Gal 3:20) and then make other statements contradicting that overall theology. Similarly, it would not make sense for John to undermine the declared objective of his gospel (John 20:31) by making Trinitarian remarks not in keeping with his simple basic thesis.

If the Bible is a harmonious whole then the manner in which particular texts are interpreted must fall in line with its broader statements. This surely imposes the need for a reexamination of the traditional interpretation of texts thought to be conveying Trinitarian ideas. These are not in harmony with the big picture NT Christian theology identified in this article. Orthodox Christianity prefers to simply discard Jesus’ creed in order to accommodate its Trinitarian theology. However the creed thus jettisoned just happens to be the most important of all Jesus’ teachings. It is Christianity’s first and greatest commandment. True love for Christ cannot be rightly expressed without obeying his commandments (John 14:21). To be out of step with Jesus at the elementary level of the simplest and greatest of all his commandments is to fall flat on one’s face at the very first and easiest hurdle of the Christian race.