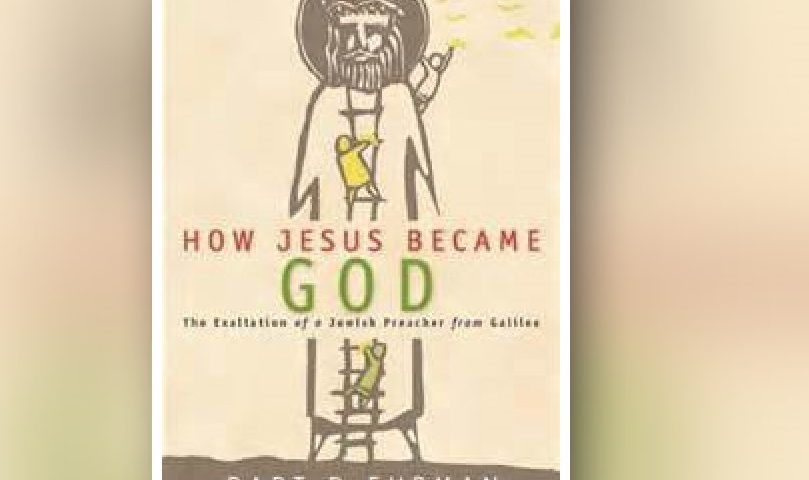 People today think that we should live ethically for a wide variety of reasons—most of them irrelevant to Jesus—for example, so we can find the greatest self-fulfillment in life and so we can all thrive together as a society for the long haul. Jesus did not teach his ethics so that society could thrive for the long haul. For Jesus, there was not going to be a long haul. The end was coming soon, and people needed to prepare for it. Those who lived according to the standards he set forth, loving God with all their being and loving one another as themselves, would enter into the kingdom of God that was very soon to appear. Anyone who chose not to do so would be destroyed when the Son of Man arrived in judgment from heaven. Jesus’ ethics were an “ethics of the kingdom” both because the kinds of lives his followers led when they followed these ethical principles would be the kinds of lives they would experience in the kingdom—where there would be no war, hatred, violence, oppression, or injustice—and because a person could enter into the kingdom only by living in this way.

More commonly, though, the term [Messiah] was used to refer not to a divine angelic being, but to a human being…The Davidic king had been temporarily removed from the throne, but God would remember his promise [2Sam 7]. And so an anointed one was still to come—a future king like David, one of his descendants, who would reestablish the Davidic kingdom and make Israel once more a great and glorious independent state, the envy of all other nations. This future anointed one—the messiah—would be like his greatest ancestor, a mighty warrior and skilled politician. He would overthrow the oppressors who had taken over the promised land and reestablish both the monarchy and the nation…It appears that some Jews who had this expectation of the future messiah saw him in political terms: as a great and powerful king who would bring about the restored kingdom through military force, taking up the sword to dispose of his enemies…this future kingdom would be no ordinary run-of-the-mill political system with all its bureaucracies and corruption, but would in fact be the kingdom of God, a utopian state in which there would be no evil, pain, or suffering of any kind…

Jesus, in short, was just the opposite of what Jews expected a messiah to be…The messiah was not supposed to die or rise again…He may well have been a pacifist (“love your enemy”, “turn the other cheek”, “blessed are the peacemakers”, etc.), which would not exactly make him a leading candidate to be general over the Jewish armed forces. He did not preach the violent overthrow of the Roman armies…he was a prophet predicting the end of the current evil age and the future king of Israel in the age to come.

In the Hebrew Bible the prophets Elijah and Elisha did fantastic miracles—including healing the sick and raising the dead—through the power of God, and in the New Testament so did the Apostles Peter and Paul; but that did not make any of them divine. When Jesus forgives sins, he never says “I forgive you”, as God might say, but “your sins are forgiven”, which means that God has forgiven the sins [see, ‘divine passive’]. The prerogative for pronouncing sins forgiven was otherwise reserved for Jewish priests in honor of sacrifices that worshipers made at the temple…And kings were worshipped—even in the Bible (Matt. 18:26)—by veneration and obeisance, just as God was. Here, Jesus may be accepting the worship due to him as the future king [1 Chron. 29.20]. None of these things is, in and of itself, a clear indication that Jesus is divine.

If Jesus went around Galilee proclaiming himself to be a divine being sent from God—one who existed before the creation of the world, who was in fact equal with God—could anything else that he might say be so breathtaking and thunderously important? And yet none of these earlier sources says any such thing about him. Did they (all of them!) just decide not to mention the one thing that was most significant about Jesus? …What we can know with relative certainty about Jesus is that his public ministry and proclamation were not focused on his divinity; in fact, they were not about his divinity at all. They were about God. And about the kingdom of God that God was going to bring. And about the Son of Man who was soon to bring judgment upon the earth…Jesus did not declare himself to be God. He believed and taught that he was the future king of the coming kingdom of God, the messiah of God yet to be revealed.

…the key Greek word [grasped, Phil 2.6] is rare…the word (and words related to it in Greek) is almost always used to refer to something a person doesn’t have but grasps for—like a thief who snatches someone’s purse… it is the word used of human rulers who become arrogant and so try to make themselves more high and mighty (divine) than they really are [see Adela Yarbro Collins, “Psalms, Philippians 2:6-11, and the Origins of Christology,” Biblical Interpretation 11 (2002): 361-72.]…If Christ were already equal with God, then it would not have been possible for him to be exalted even higher than that after his act of obedience. What could be higher than equality with God? …When it says, then, that he was “in the form of God”, it does not mean that he was the equal of God the Father. It means he was “Godlike”, or divine…

[John 1] is decidedly not saying that Jesus preexisted his birth…What preexisted was the Logos of God through whom God made the universe. It was only when the Logos became a human being that Jesus Christ came into existence. So Jesus Christ is the Logos that has become a human; but Jesus did not exist before that incarnation happened. It was the Logos that existed before…[it] is being understood very much like Wisdom in other Jewish texts [Prov. 8]…it is the instrument of creation…No one should think that Philo, or the Jewish writings about Wisdom, are the actual literary source for the Prologue’s poetic celebration of the Logos.

[John 1] is not saying that Jesus preexisted, that he created the universe, that he became flesh. Instead, it is saying that the Logos did all these things. Before all else existed, it was with God, and since it was God’s own Logos, in that sense it actually was God.