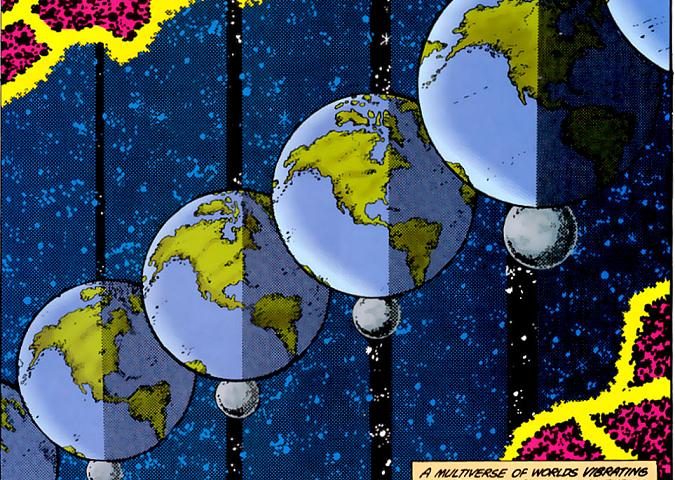 The Jewish-Christian worldview presents a series of renewals.

Of interest is the prophetic word that speaks of God’s Son, the Messiah, as creator of this 2nd stage of renewal:

Ps. 102.23 LXX: “He [God] answered him [supplicant]….your years are through all generations. In the beginning you, O lord, laid the foundation of the earth; and the heavens are the works of your hands.”

Isa 51.16, NASB: “I have put My words in your mouth and have covered you with the shadow of My hand, to establish the heavens, to found the earth, and to say to Zion, ‘You are My people.’”

The Word Biblical Commentary observes that some translations, like the NIV, make no sense if Isaiah 51.16 “refers to the original [Genesis] creation…In the other instances God acts alone, using no agent. Here the one he has hidden in the shadow of his hand is his agent.”

Likewise the NET Bible agrees that “The Lord has commissioned the addressee [of Isa 51.16] so that the latter might create the universe!”

This explains the Psalmist’s prayer for God’s Son to “be like rain coming down upon the fields, like showers watering the earth….May his name be forever; as long as the sun, may his name endure.” And “His dynasty will continue forever, his throne, like the sun, the moon; it will stand eternal, forever firm like the sky!” (Ps 72.2, 6, 17a; 89.4, 29, 37-38)

With this in mind, Hebrews 1.10-12 can be better understood as a reference to the lord Messiah (not The Lord, i.e., God) establishing (or “founding”) this 2nd stage of the new heavens and earth of the age to come, the Millennium. Then the Millennium itself will eventually “disappear” (“expire,” Rev 20.7) because the Messiah himself “will fold them up like a robe and they will be changed like clothes.” (Again, this further renewal is explained in Rev 20.7-15; 21, resulting in the popularly known “eternal state.”)

Yet, the Messiah and his Kingdom authority, i.e., “name,” will “stand eternal.”

Again, while it’s true that Yahweh is time and again presented as the absolute, lone Creator, prophecy also says that God will grant His uniquely procreated Son the power and authority to create and govern “the age to come,” i.e., the Kingdom of God, the 2nd stage of this renewed earth.