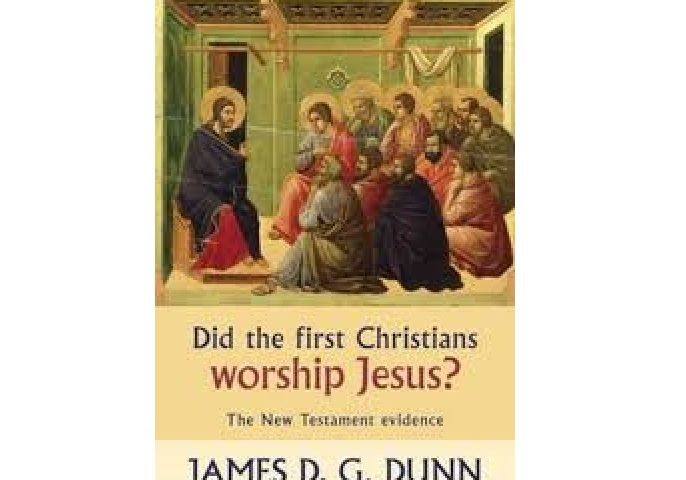 From Did the First Christians Worship Jesus? pages 117-123

Prior to John logos (“word,” a masculine noun) is personalized but not genderized (i.e., ‘he,’ ‘his’). The issue is of some importance, because the translation ‘he’ could be taken to imply that [John 1] is speaking of Jesus as such from the beginning.

Properly speaking, then, it is only with 1.14 that Jesus as such comes into the story. To be somewhat pedantic, according to the Johannine prologue, Jesus is not the Word; he is the Word become flesh…. Jesus reveals what the true character of the Logos is, Jesus is the clearest expression of God’s immanence, the one who makes visible the invisible God. In other words, and the point is important, it is not so much that the personification language used of the Logos is now used of Jesus. It is rather that Jesus reveals the personal character of the Logos, a character that previously could only be expressed in personification terms.

In other words, John must have assumed that his readers would think of the Word as a way of speaking about God acting. The Word is the expression of God, the unspoken thought of God coming to verbal expression. Hence the opening attribution of creation to the Word; that is, to the divine fiat. Hence too the understanding of the Word as manifesting divine glory ( 1.14), indeed as manifesting God, as making the unseen and un-seeable God known, or literally as expounding (exegegesato) God (1.18). For in effect the claim of Jewish theology is that the Word is the self-revelation of God, the way God makes himself known. And on that claim John in turn builds in asserting that the Word became incarnate in or as Jesus, so that Jesus is the epitome and summation of that self-revelation…. The attempt is evidently being made to assert that the Logos is as close to God as can be imagined, that the Logos is God to the extent that God can possibly be known.

In short, John’s Gospel shows very clearly why our question, ‘Did the first Christians worship Jesus?’, is so difficult to answer adequately. For Jesus was understood very early on as the human face of God, as the one who made the unseen God known and known more clearly and fully than he had ever been known before…to be in the presence of Jesus was to be in the presence of God – not, be it noted, in the presence of a god, but in the presence of God…. At the same time we should also note that John did not abandon all reserve on the subject. Jesus was the Son and not the Father. It was still the Father who is to be worshipped (4.23-24). So even when the evidence pushes us towards a positive answer to our question, we should not forget that John’s Gospel is a particular elaboration of Israel’s Logos theology, and that John too endeavoured to maintain a balance between the thought of Jesus both as God and as not God the Father, the incarnate Word as the most definitive revelation of God.