“The only true God” false dilemma 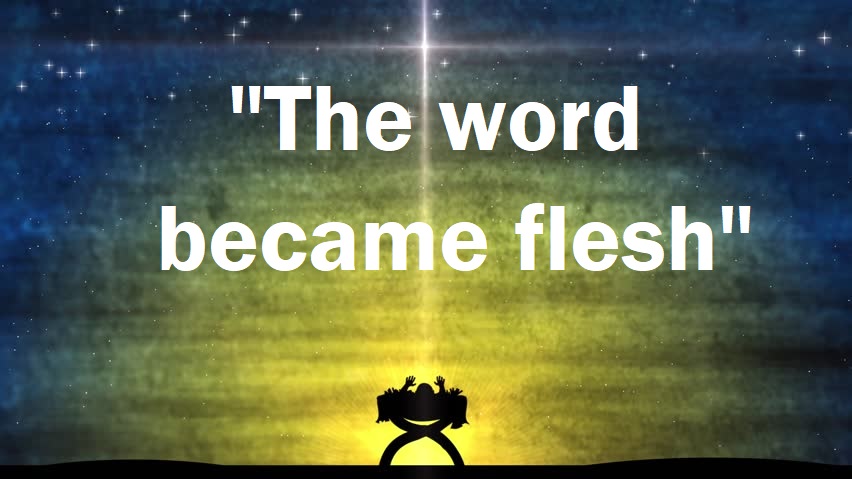 Robertson’s Word Pictures in the NT:

John’s standpoint is that of the OT and not that of the Stoics nor even of Philo who uses the term Logos [i.e., as a separate, distinct Person].

Wainwright, The Trinity in the New Testament, p 133.

The Word was not personified in the Old Testament nor even in rabbinic thought.

Isa. 55.11 is no exception. It is the metaphorical language of poetry in which God asserts that he will always accomplish his will.

Even in the apocryphal writings the idea is not truly personified. The nearest approach is Wisd. 18.15,16. (Thine almighty word leaped from heaven.) This too is probably a vivid poetical fantasy.

It has been suggested that in the Targums the Word (Memra) was personified. The Memra of God was used as a reverential substitute for God, but this usage did not imply personification. G. F. Moore, Judaism, I, p. 417, argues that the substitution is adequately explained by the motive of reverence.

The trinity, which became the distinctive peculiarity of Christianity in Jewish apprehension, belongs to a later development of dogma. (116)

The word of God is sometimes vividly personified, as in Wisdom 18, 15 f.: “Thine all-powerful word,, from heaven, from out the royal thrones, a fierce warrior, leaped into the midst of the doomed land (Egypt), bearing as a sharp sword thine irrevocable command, and, standing, filled all things with death; its head touched the sky, it stood firm on the earth.” But it is an error to see in such personification an approach to personalization. Nowhere either in the Bible or in the extra-canonical literature of the Jews is the word of God a personal agent or on the way to become such. (415)

Wisdom and Torah, like the word, were for them realities, not mere names or concepts; but they never gave them personal existence. (415)

[Memra in the Targums] is not the equivalent of the ‘word of God’ in the Old Testament corresponding to logos or nema in the Greek versions. (418)

But nowhere in the Targums is memra a ‘being’ of any kind or in any sense, much less a personal being. The appearance of personality which in some places attaches to the word is due solely to the fact that the memra of the Lord and similar phrases are reverent circumlocutions for ‘God,’ introduced precisely where in the original God is personally active in the affairs of men; and the personal character of the activity necessarily adheres to the periphrasis. It is to be observed, finally, that memra is purely a phenomenon of translation, not a figment of speculation; it never gets outside the Targums. (419)

In the OT idea of creation the word of God is not personified. It’s not a hypostasis but a function of God’s speaking that make’s known God’s sovereign power.

c) Later Judaism. In rabbinic thought, dabar (“the word”) is not personified, although Wisdom* is identified with the Torah (Sir 24:18). In the targums, memrah can signify God’s order or divine revelation*, as well as those anthropomorphic manifestations of God that are distinct from his true essence. Notwithstanding Philo, there may be no Platonic influence on the rabbinic and cabalistic reification of the written word.

Richardson, A Theological Wordbook of the Bible.

Dabar almost 400 times in the OT

Isa 55.11 “does not mean that the word of God was really ‘personified’; for example [Ps 107.20; 147.15 are] no more than a literary and poetical ‘personification’. Evidence for a real personification of the ‘word of God’ in later Jewish thought has sometimes been found in the way in which the phrase ‘the memra ( = word) of the Lord’ is used in the Targums….But this is a mistake: memra is not used as a translation of dabar; ‘the memra of the Lord’ is simply a reverential periphrasis for ‘the Lord’, a translation device confined to the Targums.

In essential meaning [the NT ‘the logos of God’] is the exact equivalent of the OT ‘the word of the Lord’; but its application is now, naturally, wider, and it often denotes, specifically, the Christian message, the gospel [Luke 5.1; Acts 13.44]. But ‘the Lord’ is now not God, as in the OT, but Christ.

In the OT, some usages of davar in the later writings tend towards personification, although the personal element never becomes so pronounced as in the Gospel According to John.

[In Isa 55.10-11 the ‘word’] is associated with processes of nature, but it is not presented as the agent or structure that causes natural function to occur.