Getting to know Jesus 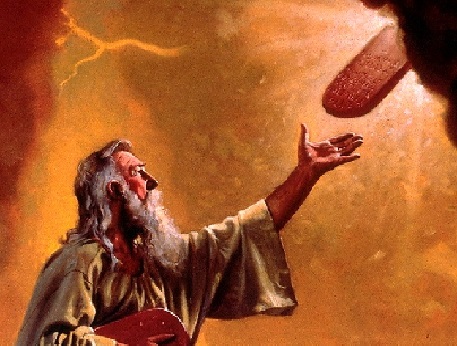 “Let us follow after the great Prophet Moses, who leads us well, for he was sent to us by our Lord. Where is there a prophet like Moses? He was a good father to all Israel, bringing them up and looking after them, appeasing God with his fast and healing them with his prayer. He was a good physician, healing and giving compensation. His words are from the words of his Lord: Believe in him! You will be safe from all wrath; on the day of vengeance you will be at rest…Let us believe in YHWH and in Moses his servant!”

“Not even Moses who went up into heaven to receive the Torah from God’s hand into his own could fathom heaven’s depth.”

“I ascended to heaven…spoke face to face with the Lord of the world, conquered the heavenly household received the Torah, wrote down at the command of the Holy One, blessed be He, the 613 commandments, taught them to the children of Israel…”

“The evidence is sufficient, however, to demonstrate that related and very similar traditions about the ascension of Moses [at Sinai] were treated not only as a heavenly enthronement, but also as a restoration of the glory lost by Adam. Moses, crowned with both God’s name and his image, became in some sense a “second Adam,” the prototype of a new humanity.”

“Central to the midrashic themes is the notion that, when God gave to Moses his own name (‘elohim, theos), he conveyed to him a divine status and a unique function among men. Here the usual Hellenistic conception of the “divine man” was modified by combination with the Semitic notion of the agent (saliah, apostolos)