Are There Any Trinitarians to be found in the NT? Part 2 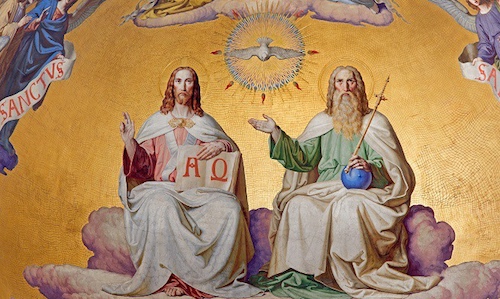 “Seven things were created before the world was made, and these are they: Torah, repentance, the Garden of Eden, Gehenna, the throne of glory, and house of the sanctuary, and the name of the Messiah” (b. Pes. 54a; cf. b. Ned. 39b).

“[God] will reveal His Messiah whose name is spoken from the beginning” (Targum of Zecheriah 4:7).

“Abraham and Isaac were created before any work” (Prayer of Joseph 1:2).

“But He did design and devise me, and He prepared me from the beginning of the world to be mediator of His covenant” (Testament of Moses 1:14).

“The architect moreover does not build it out of his head, but employs plans and diagrams to know how to arrange the chambers and the wicket doors. Thus God consulted the Torah and created the world, while Torah declares, ‘In the beginning God created,’ ‘beginning’ referring to the Torah, as in the verse, ‘The Lord made me as the beginning of His way’” (Genesis Rabbah 1.1).

“Torah preceded the creation of the world by two thousand years” (Gen. Rab. 8.2).

In the Old Testament, Tanach:

In the New Testament:

“this man, delivered over by the predetermined plan and foreknowledge of God, you nailed to a cross by the hands of godless people . . .” (Acts 2:23).

“He chose us in Him before the foundation of the world . . . . He predestined us to adoption as sons through Jesus Christ to Himself, according to the kind intention of His will . . . . In all wisdom and insight He made known to us the mystery of His will, according to His kind intention which He purposed in Him with a view to an administration suitable to the fullness of the times, the summing up of all things in Christ” (Eph 1:4–5, 8–10).

“Worthy are You, our Lord and our God . . . for You created all things, and because of Your will they already existed, and were created” (Rev 4:11).