The Son of God began in the womb of Mary 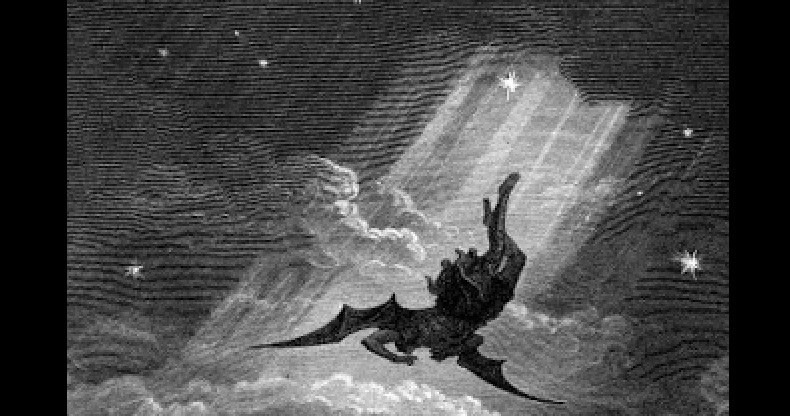 Brown-Driver-Briggs has “cherub of expansion,” “far-covering cherub,” and notes “the anointed cherub” translations [AV RV] is a “gloss…dubious” to some [Hä. Co, SiegfKau SS Buhl Berthol].

Cambridge Bible for Schools and Colleges:

The terms rendered “anointed” and “that covereth” are wanting in LXX. (also in Ezekiel 28:16). No meaning can be attached to anointed cherub, probably: cherub with spreading wings.

St. Jerome translates the expression, The extended cherub that covereth: that is, whose wings are stretched out to cover, &c., reading ממשׁן, extended, instead of ממשׁח, anointed.

The word for “anointed” is not found elsewhere, but is cognate in form with that which is commonly so rendered. The Vulgate, however, tracing it to another root, gives extentus et protegens, and is followed by Luther, Gesenius, Ewald, and others. Keil and Hengstenberg accept “anointed.” 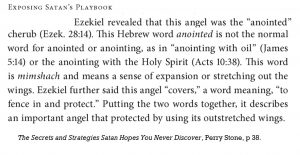