The one God according to the early Church Fathers 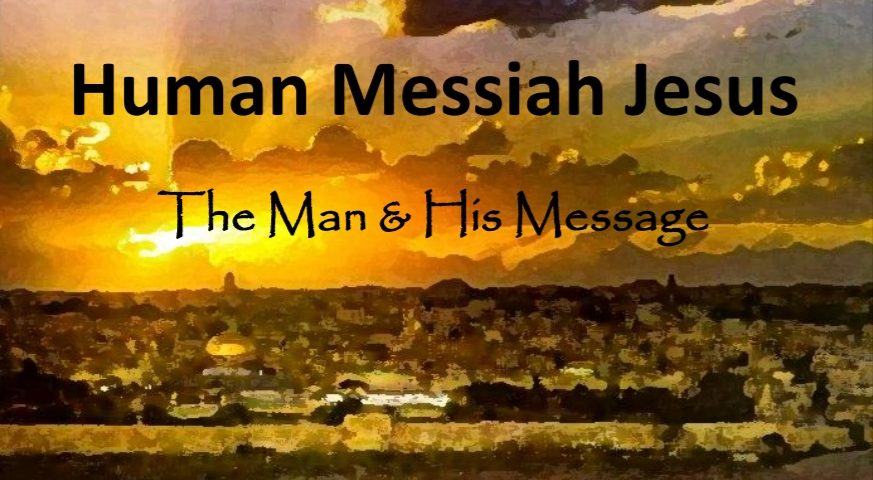 Presented at the 1st Human Jesus Conference by Tracy Z.

Christendom spends a month or more thinking about, preparing for and celebrating Jesus’ first advent, or coming, how God became man.

That’s because when Christians hear the word advent most think of the birth of Christ. But the advent, or Parousia, that Jesus talked about and his disciples anticipated referred to his return to reign on the Earth. They certainly never thought this referred to his birth or worse yet, to some kind of “Incarnation,” God assuming/taking on flesh.

The following is taken from an article by Kenneth R. Samples, titled, “Thinking About The Incarnation: The Divine Word Became Flesh.”

“At the very heart of historic Christianity is a truly astounding truth-claim that is celebrated all around the world at Christmas. This central article of the Christian faith is known as the doctrine of the Incarnation: God became man in Jesus of Nazareth. It is this truth that sets Christianity apart from all other religions of the world (including Judaism and Islam). For it is unique to Christianity to discover a God who takes the initiative in becoming flesh in order to redeem sinful human beings. As C. S. Lewis aptly put it, The Son of God became a man to enable men to become sons of God.”

How many Christians follow C.S. Lewis and his writings, rather than Matthew, Mark, Luke, John, Peter or Paul?!

The author goes on to say that “the Christian teaching that the Savior of the world is both divine and human is certainly a mysterious and unfathomable doctrine. For that reason it is often misunderstood and misrepresented.”

That should produce red flags and sound the alarm in the minds of Bible students!

If what they are told is a “mysterious and unfathomable doctrine,” it should be expected to not be understood; and a good Bible student should search the Scriptures to find an understandable answer!

The article then asks this question: “Isn’t the very concept of the Incarnation (one person as God and man) logically incoherent?”

I would shout YES!

But their reply is: “Christians embrace the doctrine of the Incarnation as an indispensable truth of divine revelation. God coming in the flesh to redeem lost sinners is at the very heart of historic Christianity’s gospel proclamation.”

That is interesting, “Christians embrace the doctrine of the incarnation as truth!” Perhaps but please consider the masses in Christianity who never thought about this way of reading the scriptures until the nascent Catholic councils of the third and fourth centuries.

Samples continues: “However, just how Jesus Christ is both God and man (two natures united in one person) is an unfathomable mystery. In fact, this may indeed be the most profound Christian mystery of all. But while the Incarnation is incomprehensible to the finite mind, it should not be rejected as incoherent or absurd.”

Why would one not use the mind God gave us and reject that which is incoherent and absurd?

Please consider this: God gave an inquiring mind and a mind able to think and rationalize. So why would He expect us to put aside that same mind when we think about Him or His Messiah?!

The article goes on to tell us about the “true” meaning of Christmas.

“During the Christmas season, Christians celebrate the great truth of the Incarnation. For in the Christ child of Bethlehem, God enters into human history and reveals Himself up close and personal.”

This Incarnation of God comes from pagan-mythological and later some “Christian” gnostic teachings that portray Jesus as the embodiment of a preexistent person who became flesh in order to bring humanity gnōsis (a common Greek word for knowledge).

According to the Wikipedia article on “Gnosis”:

“It is best known from Gnosticism, where it signifies a knowledge or insight into humanity’s real nature as divine, leading to the deliverance of the divine spark within humanity from the constraints of earthly existence.”

That doesn’t sound too biblical to me!

Theologian Gilbert T. Rowe, in his sermon, speaking as Stanley Hauerwas, titled, “Begotten, not Made: The Grammar of Christmas”:

“Chalcedon did not solve or explain how this Jesus was at once fully God and fully human, but the fathers at Chalcedon gave us the parameters necessary for how we can continue to explore this mystery, the mystery of the Incarnation, that is the center of our faith.”

But let’s take a moment and briefly look at what the Bible has to say about this “mystery.”

The word translated “mystery” in the New Testament does not refer to something unknowable. Rather, it is what can only be known through revelation, i.e. because God reveals it.

The Apostles are said to be “making known” (revealing) the mystery, that is, who the Messiah is. Colossians 1:26 says that “the mystery that has been kept hidden from ages and generations, has now been revealed to his saints.”

There is no hidden, unknown mystery!

In Scripture we see one mystery is about Christ and the church (Ephesians 5:32). And Ephesians 3:2-6 reveals to us the main mystery hidden for ages, and reveals what that mystery was.

“If indeed you have heard of the stewardship of God’s grace that was given to me for you, that by revelation the mystery was made known to me, as I wrote before briefly. When reading this, you will be able to understand my insight into the mystery of Christ (which was not disclosed to people in former generations as it has now been revealed to his holy apostles and prophets by the spirit), namely, that through the gospel the Gentiles are fellow heirs, fellow members of the body, and fellow partakers of the promise in Christ Jesus.”

We also see the Apostles desiring wisdom to convey this mystery that had been revealed.

“Pray for me also, that I may be given the right words when I begin to speak – that I may confidently make known the mystery of the gospel, for which I am an ambassador in chains. Pray that I may be able to speak boldly as I ought to speak.” (Ephesians 6:19-20)

And one last mystery that I will mention is found in 1 Corinthians 15:51.

“Listen, I will tell you a mystery: We will not all sleep, but we will all be changed – in a moment, in the blinking of an eye, at the last trumpet. For the trumpet will sound, and the dead will be raised imperishable, and we will be changed.”

Please do a study on any mystery that is in the Bible and you will see it has been revealed, and that we should be revealing it to others!

The story of the virgin birth is no hidden mystery! Christ, the human Messiah and his message have been revealed!

So, you may ask, “Is it wrong to remember and celebrate when Jesus was born?” No, just like it wouldn’t be wrong to remember and celebrate when he was baptized, turned water to wine, or was resurrected, but those things were not commanded by Christ or even practiced by the early church. There is a fine line between sincerely wanting to celebrate Jesus’ birth, and the celebration of Christmas. As most of history and scholarship confirm, Jesus was not born in the winter months. So if you truly want to celebrate his birth, why would you choose to do it on a pagan holiday or when others are celebrating unbiblical teachings like the Incarnation?

God did not become human, and there is no such thing as an Incarnation of God becoming a baby, not in Christianity anyway. There is the Incarnation in Hinduism of the avatar, “descent of a deity.”

The fact is that these teachings lead people away from the one true God, the Father, and away from the miracle He did when He created a baby in Mary’s womb. This is the human Son of God, as Mat 1.18-20 and Luke 1.30-35 make clear.

I am sure Satan is happy that many Christians are so focused on celebrating a pagan-myth once a year. Yet, for the rest of the year (if not their lives) most Christians seem to be proclaiming another Jesus, another Gospel-message.

The simple point is this:

The Great Commission of the church is to proclaim the coming of Jesus, his Parousia (Mat 28:19). And it was not until the Middle Ages that the focus shifted to that of his first coming, his virgin birth.

NOTE: The doctrine of the Trinity was created in the 4th century, which coincided with the first known celebrations of Christmas by some of the early churches.