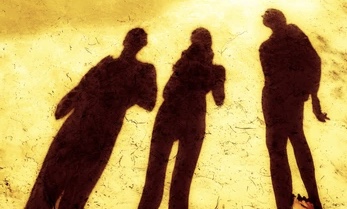 The writings of OT prophets like Zechariah are being used by some Trinitarians as “proof texts” for multiple Yahwehs in the OT. They do this by misreading a couple of literary devices used throughout.

The first is called illeism a way of speaking of yourself in the third person. For example in Zech. 1:17 we see Yahweh, in the first person, saying “My cities will again overflow with goodness” and immediately in the same sentence He says “and Yahweh will again comfort Zion and he will again choose Jerusalem.”

In an article in the Journal of the Evangelical Theological Society admit that “few contemporary commentators are persuaded….to read here a record of one Yahweh speaking of another Yahweh…..Such jarring interruptions of subject are not at all foreign to Hebrew syntax, especially when…there is a formulaic phrase.”

The prophets also employ what some scholars call “blending” or “mixing pronouns.” That is, “in poetic or prophetic language there sometimes occurs a more or less abrupt transition from one person to another.”

This literary device can be seen in translations of verses like Zech. 2:11b:

“I will settle in the midst of you all.” Then you will know that the Lord who rules over all has sent me to you.

The translators of the NET have added the quotes mark to show that it is Yahweh speaking but then drop the quote marks to show that the speaker has changed to either the prophet or the angel of Yahweh (who is typically the one speaker throughout).

Another example is when the prophet Zechariah foresees a day when God’s “feet will stand on the Mount of Olives,” in the famous vision of chapter 14. Then Yahweh says in v.5:

“Then you will escape through MY mountain valley…”

But just a couple of verses later, in v.10, the speaker once again abruptly changes to His messenger:

“Then the Lord MY God will come with all his holy ones with him.”

Finally, to add another wrinkle to OT prophetic language, it’s common to see God’s agent speak as Yahweh Himself in the first person!

The opening verses of Deuteronomy 29 clearly show Moses addressing Israel but then the abrupt switch from Moses to Yahweh Himself! The change is so absolute that some evangelical commentaries go as far to say that “the speaker’s personality is merged in that of the Deity.”

The bottom line is that 3 Persons cannot possibly equal 1 Person. This is the inevitably outcome if you say the word Yahweh, a personal Divine Name and not just a title, or even God can be applied to more than 1 person as well as to the whole Trinitarian Godhead at the same time! You cannot have 3X equal 1X! This is not just a biblical error but a nonsensical position that Trinitarians warn each other not to do!

“Some critics consider orthodox representations of the Trinity a mathematical monstrosity; the doctrine, they contend, is as fallacious in its claim for the three-in-one God as is the formula 3x = 1x. But this description patently distorts the doctrine. Christian theology affirms neither that three gods are one God nor that three isolated persons are one God. Rather, it affirms three eternal personal distinctions in the one God, in short, 3x in 1y. Such a formulation is both intelligible and non-contradictory.”

Yet, the trinitarian problem persists because while “intelligible” and “non-contradictory” reducing Yahweh God to the formula 3x in 1y inevitably turns the personal Yahweh-God of the Bible into a non-person! Or, as many like to put it: “1 what and 3 who’s.” And we all know that in scripture Yahweh, the one God of Israel, is never 1 What let alone 1 Being in 3 Persons!