God according to the “Church Fathers”

From Extracanonical parallel texts on the Gospels by A. Resch.

The pre-canonical text for John 1:13 read as per the agreement of Justin, Irenaeus, Tertullian, Ambrosius, Augustine, Pseudo-Athanasius, and further, after the witness of the old Latin Codex Veronensis, and probably even after the original version of the Codex Cantabrigiensis (compare Zahn, History of the Canon I, 2, S. 519 note 1.) turns out to be, not who were born, as all the Greek codices now read, but (in the Christological sense): who was born.

In Irenaeus there is still the same reading : “he was not born from the will of (a) man” (Iren III, 21, 5). Even a note about Simon Magus by Hippolytus (Refutation of Heresies VI, 9) indicates the same assumed reading. Simon Magus taught: but he says that the man who was born from blood is a dwelling, and that the infinite power which they say is the root of everything, dwelt in him. And in addition to that comes the text in the Manichaean Acts of Archelaus ch. 5: and they said that he was not the only-begotten who came down from the father’s bosom, but the son of a certain woman called Mary. That he was born from blood and flesh…the severe labor pains of women. Nearly an explicit reference to John 1, 18, after a pre-canonical text, one finds here a Christological statement on the basis of John 1, 13, which likewise assumes that same pre-canonical text: who was born. And also nearby appears the variant of blood (singular) (instead of the canonical of blood(s) (plural.))

According to Tischendorf, following Tertullian, Hilarius, Augustine, Eusebius, Epiphanius and two Italian-codices, as with Theil in very old witnesses, this variant of blood (sing.) is to be maintained, though Tischendorf does not mention Justin and the Syriac Curetonian. In view of this, it is obvious that Justin must have had John’s Gospel in front of his eyes, if in his Dialogue against Trypho, he used blood (sing.) –besides often recurring in his writings – with the clear additional support of John 1, 13, which he also must have found, in the Christological sense, with the reading who was born.

We must therefore be convinced that this is the original and correct text of John 1, 13. This text also fits in with the context, insofar as only this reading prepares the following Christological statement: and the word became flesh. That this text also fits in with the pre-canonical Infancy Gospel, the premise of the Johannine Prologue (in particular one can compare: nor by the will of man with since I do not know a man in Lk 1.34). 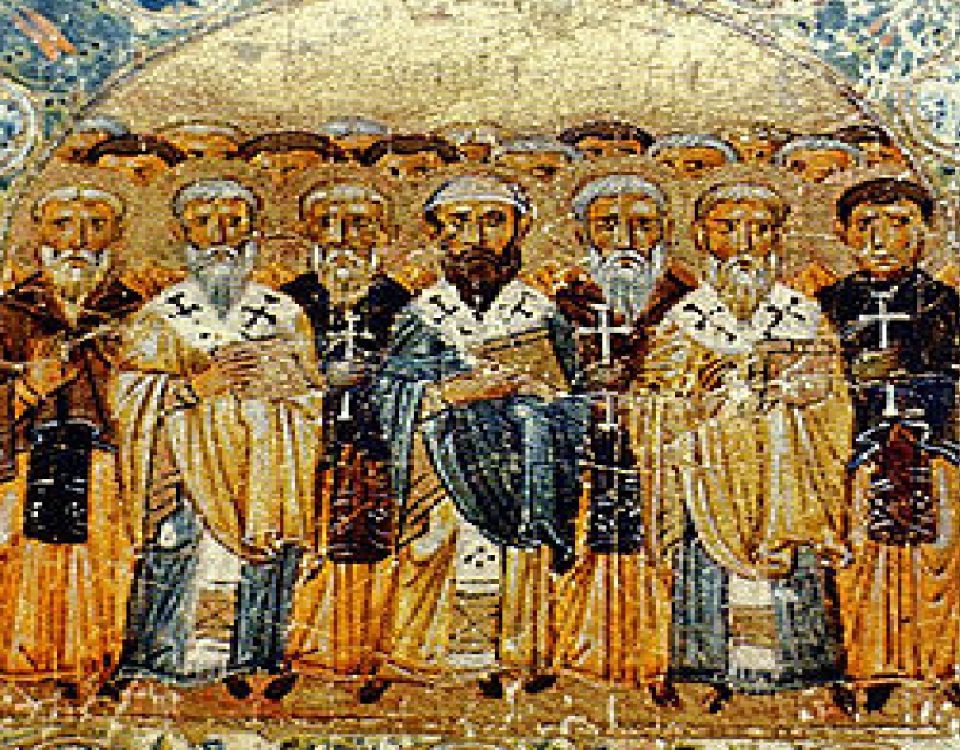 God according to the “Church Fathers”