The Targumic use of Memra. 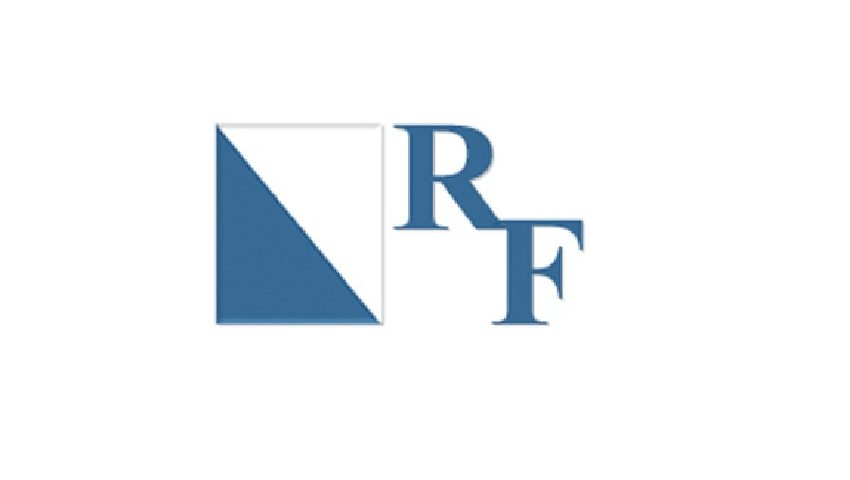 Reading a Torah scroll during a bar mitzvah ceremony with a traditional yad pointing towards the text on the parchment.

Are you prepared to believe this? This is exactly: “Do we not all have one Father? Has not one God created us?” (Mal. 2:10).

The majority of churches rejected this monotheism and said, “We believe in one God: the Father, Son and Holy Spirit.” No Bible text, except the one obvious, blatant corruption in 1 John 5:7 (omitted from modern translations), says that the one God is Father, Son (“Word”) and Holy Spirit.

Jesus said in John 17:3 that “the Father is the only one who is true God.” Augustine, hailed (wrongly, we think) as a Christian superstar theologian, had to forge that text, altering the order of the words, changing the meaning, to make it say that the Father and the Son are the only true God.

The word “God” means the Father in the NT about 1300 times. The word “God” in the Bible never once means Father, Son and Spirit. The One God is defined as a singular divine Person, thousands of times, by singular personal pronouns: I, Me, My, Myself, Mine, Thou, Thee, Thy, Thine, Thyself, He, Him, His, Himself.

Leading Trinitarians have conceded the extreme illogicality of their doctrine. Cardinal J.H. Newman said that the closest we can come to articulating the Trinity is “to say that one thing is two things” (Select Treatises of Athanasius in Controversy with the Arians, 1895, p. 515).

Dr. Hey, lecturing at Cambridge on the Trinity said, “It might tend to promote moderation, and, in the end, agreement, if we were industriously on all occasions to represent our own Doctrine [of the Trinity] as wholly unintelligible” (Lectures in Divinity, Vol. 2, p. 253).

Dr. Martin Werner of Bern, Switzerland, rightly pronounced the Trinity to be contradictory:

“The Church found itself in a dilemma as soon as it tried to harmonize the doctrine of the Deity of Jesus and the Deity of the Father with monotheism. For according to the NT witnesses, in the teaching of Jesus relative to the monotheism of the OT and Judaism, there had been no element of change whatsoever. Mk 12:29ff. recorded the confirmation by Jesus himself, without any reservation, of the supreme monotheistic confession of faith of Israelite religion in its complete form…The means by which the Church sought to demonstrate the agreement of its dogma of the Deity of both Father and Son with monotheism, remained seriously uncertain and contradictory” (Formation of Christian Dogma, 1957, p. 241).

Trinitarians failed to believe the verse at the top, which defines the one God as the Father (1 Cor. 8:6). To support their confusion they then boldly said that Jesus is the “one Lord,” and so he must also be God! The breakdown of logic was simply the fact that Jesus is the one lord Christ/Messiah who is not the one Lord God (Ps. 110:1; Luke 2:11).

The Dictionary of Christ and the Gospels stated the simple fact: “To the men of the NT, God was the God of the OT, the Living God, a Person, loving, energizing, seeking the accomplishment of an everlasting purpose of mercy, the satisfaction of his own loving nature…The monotheism of the OT was never abstract, because the God of the OT was never a conception, or a substance [essence], but always a Person” (Vol. 1, p. 807).

“It does not seem illegitimate to pose a question such as this: To whom was the author of Hebrews referring when he said (1:1), ‘At many times and in various ways God spoke in the past to our forefathers through the prophets’? That it was not the Holy Spirit in any ultimate sense is evident from the fact that neither in the OT nor in the NT is the Spirit called ‘God’ explicitly. And, in spite of the fact that the LXX [Septuagint] equivalent of YHVH — kurios [Lord] — is regularly applied to Jesus in the NT so that it becomes less a title than a proper name, it is not possible that o theos [God] in Heb. 1:1 denotes Jesus Christ, for the same sentence (in Greek) contains ‘(the God who spoke…) in these last days has spoken to us in a Son.’ Since the author is emphasizing the continuity of the two phases of divine speech (‘God having spoken…later spoke’), this reference to a Son shows that o theos [God] was understood to be ‘God the Father.’ [No one ever said ‘God the Son’!]

“Similarly, the differentiation made between o theos [God] as the one who speaks in both eras [OT and NT] and ‘Son’ as his final means of speaking shows that in the author’s mind it was not the Triune God of Christian theology who spoke to the forefathers by the prophets. That is to say, for the author of Hebrews (as for all NT writers, one may suggest) ‘the God of our fathers,’ Yahweh, was no other than ‘the God and Father of our Lord Jesus Christ’ (compare Acts 2:30 and 2:33; 3:13 and 3:18; 3:25 and 3:26; note also 5:30).

“Such a conclusion is entirely consistent with the regular NT usage of o theos [God]. It would be inappropriate for Elohim or YHVH ever to refer to the Trinity in the OT, when in the NT theos [God] regularly refers to the Father alone and apparently never to the Trinity.”

This is quite a concession! “God” in Scripture never means the Triune God!

The Church later, after Bible times, finally lost its mind by threatening with loss of salvation anyone who did not subscribe to the Triune definition of God. Lecturing on the Trinity at Oxford, Dr. Leonard Hodgson, the Regius professor, added some humor to a tragic situation. He wrote: “The Athanasian Creed is a very instructive document, for it shows that, when an attempt was made to state the Christian faith in terms of the metaphysic [philosophy] of the time, all that could be done was to set down a series of contradictions and say that you would be damned if you didn’t believe them [!]…The first impression produced on the mind by hearing this Christian doctrine of the Trinity is that it is quite incredible.”

“The truth is that these creeds violate the Shema. For Jesus, the Shema was the core principle…How is it that if one does subscribe to Jesus’ creed, one can be considered a heretic by the established church? How is it that we have neglected/overruled/cancelled the greatest commandment of all? ‘The Lord our God is one Lord’ (Deut. 6:4; Mark 12:29).

“Professor Les Hardin said: ‘Those of us in the Christian faith have traditionally read this as a Trinitarian statement; we believe that God is three-fold — Father, Son and Spirit — and this verse keeps us from believing that there are three gods…In context, though, that doesn’t make very much sense, and this is the theological controversy over which barrels of printer ink have been spilt.’ (The wasted ink seems to pale by comparison to the blood of the many whose lives have been taken because they stood for God being one and only one, the Father.)

“Hardin is correct in questioning what sense is to be found in saying that God is three-fold. Brave souls through the centuries have had the courage to question this logic. Some lived to write about it…Are we saying that the Master Logician, the One from whom all intelligence emanates, actually validates an unintelligible theory about who He is? Really?”

None of this confusion, including murder and mayhem and excommunication, would have been necessary if no. 1 above had been believed! “To us there is one God, the Father” (1 Cor. 8:6).

And none of this would have been necessary if churchgoers had listened to Jesus who declared that “the Lord our God is one Lord” (Mark 12:29). One Lord means one Person. God is one Person as no.1 above states. It should have been sufficient to settle all questions about who the one God is: “To us there is one God, the Father.”

Why not give your earnest attention to what Jesus, whom you claim to follow, defined as “the greatest of all the commands”? Jesus said, at the close of his teaching ministry: “The Lord our God is one Lord” (Mark 12:29).

This is exactly as quoted in the Greek translation (LXX) of the Old Testament and in the New Testament. “One Lord” means one Person, not more! (Ask your two-year-old!) To say that God is really “three Persons” violates the Scripture. The friendly Jewish scribe understood and endorsed the very words of Jesus: “You are right, teacher, that there is no one else besides Him” (= one Person, Mark 12:32). The Jewish scribe backed up his own definition of God, completely agreeing with Jesus, by adding Deuteronomy 4:35, 39: “No one except Him. There is no one else.”

The issue is this: Do you agree with Jesus, or is your loyalty to Jesus and your definition of God not clear to God and man? Christians must sound like Jesus and have the same mind as he (1 Cor 2:16). We all agree with the “Lord’s prayer.” But do we proclaim with equal conviction “the Lord’s creed,” his definition of God and our “pledge of allegiance” to God and His Messiah?

The statement of Paul that “for us [Christians] there is one God, the Father” (1 Cor. 8:6) simply repeats what is stated by Jesus and Scripture thousands of times, that God is a single “He, Him,” one single, gracious Father.

Jesus of course is the “one lord Messiah/Christ” hundreds of times; start with Luke 2:11. Jesus is “the man Messiah” of 1 Timothy 2:5, another of Paul’s creedal statements.

Psalm 110:1 is the most quoted verse from the Old Testament in the New Testament. No wonder that Jesus, the master rabbi and teacher (John 13:13), went on immediately to ask his famous last question about the two lords in that Psalm 110:1. YHVH, the Lord God, is of course in that Psalm the one and only Lord God, addressing an oracle to the second lord, the Messiah, who is explicitly not God, but “my [human] lord,” not “my Lord.” (The capital letter on the second lord of Psalm 110:1 is misleading; see RSV, NET, NIV for the correction).

“The New Testament writers similarly are insistent about the absolute oneness of God, and show no tendency to describe Jesus in terms of divinity; the few apparent exceptions are either grammatically and textually uncertain or have an explanation which, as we shall see, brings them within the constraint of Jewish monotheism” (A.E. Harvey).